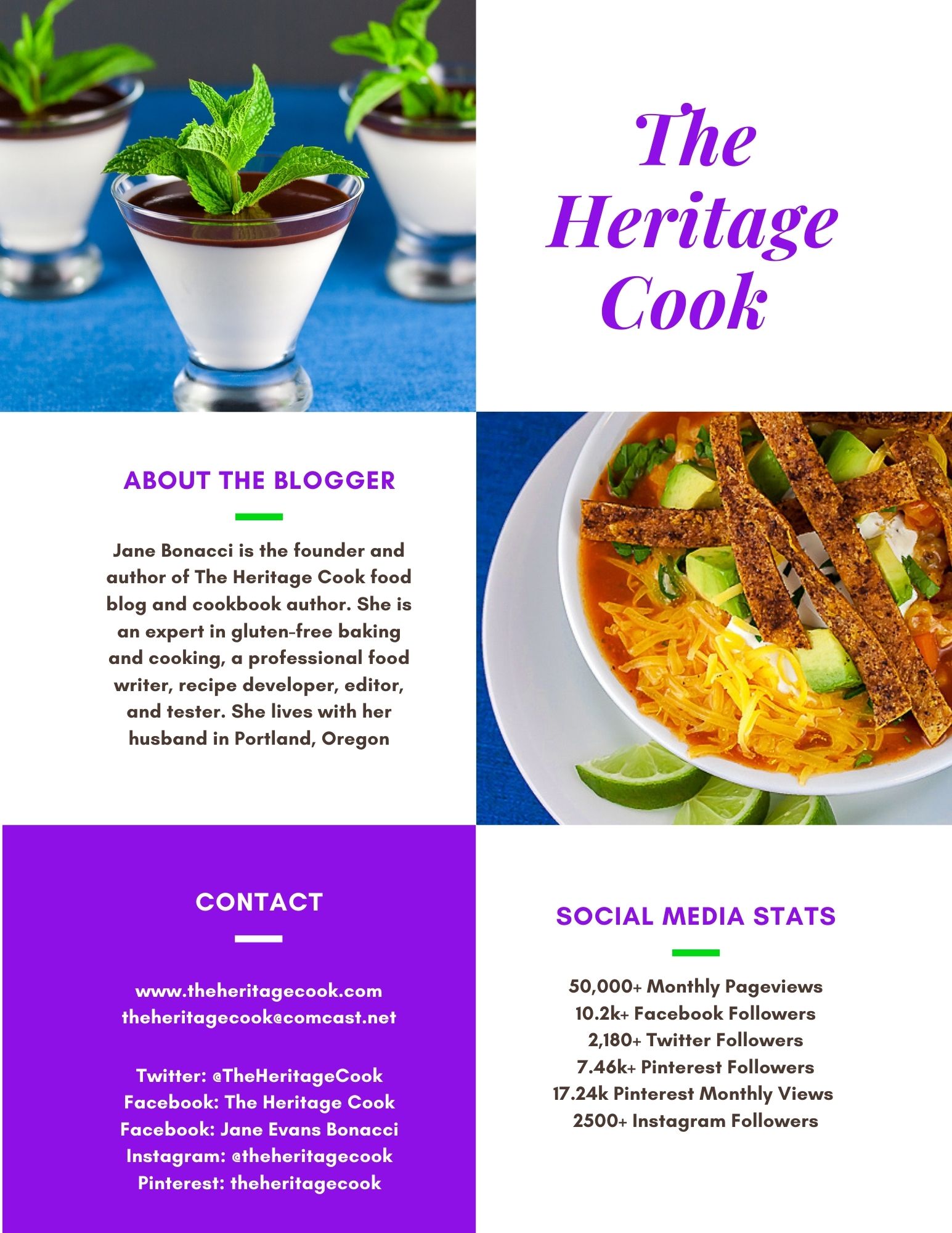 I do not accept guest posts on my site or insert links. Any requests for those will be deleted without response. 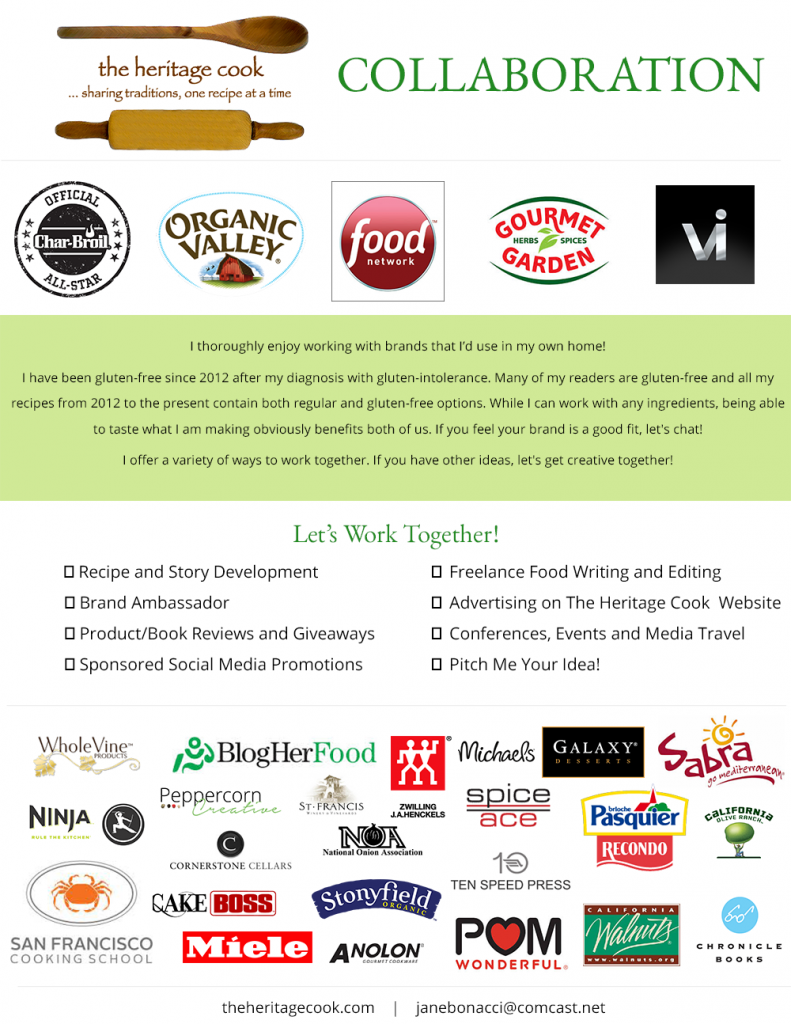 I grew up in the kitchen, learning to cook from my grandmother and mother the way families have shared their recipes and techniques for generations. With busier schedules and more readily available fast food, fewer people have the same opportunities I had. The Heritage Cook encourages singles and families to get back in the kitchen, guides those who are beginning to cook or honing their skills, and helps people who need to learn how to eat a gluten-free diet become confident. Every recipe on the blog from mid-2012 on (when I was diagnosed with gluten-intolerance) contains both regular and gluten-free options and all the photos are the gluten-free versions I make for my family. We start every week with the very popular Chocolate Mondays, a sure way to brighten your day and the sweetest way to start your week!

Do you like what you see here at The Heritage Cook?

I enjoy working with brands and have worked with a number of companies including The Food Network, Char-Broil, Sabra, and Gourmet Garden. I have been gluten-free since 2012. Many of my readers are gluten-free and all my recipes from 2012 to the present contain both regular and gluten-free options.

I am selective about the companies I work with, and will only promote products that I use in my own home. If you feel your brand is a good fit let’s chat. If your company or product(s) are safe for the gluten-free community, I would love to work with you. I offer a variety of ways to work together, which include those listed above. If you have other ideas, let’s talk and see if it is a good fit. Let’s get creative together!

Please contact me for current blog stats and rates. If you have any other ideas you would like to pitch, I would like to hear about them.

I would love to add your company to my list of satisfied clients! Thank you for your interest and I look forward to hearing from you.

Original recipes featured on The Food Network/Cooking Channel; over 100 recipes

Original recipes created for Char-Broil as part of the Char-Broil All-Stars; over 50 recipes

Want to contact me?  Have a question? Complete the form below and I will get back to you!