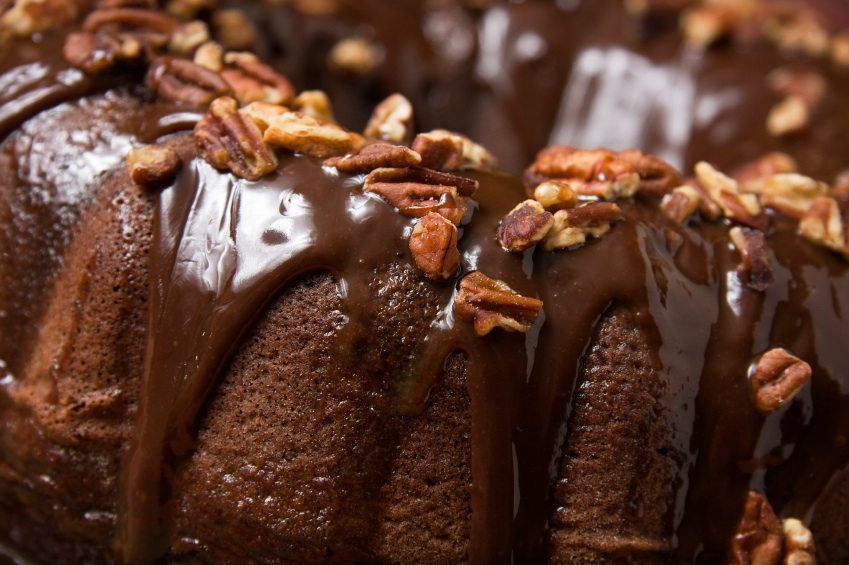 One of the easiest cakes to bake is a bundt cake. Dense, moist, and tender, a chocolate bundt epitomizes chocolate comfort food. They are named for the pan they are baked in. Bundt is a German word meaning banded or bundled and this refers to the decorative design on the pan. These aren’t fussy cakes, don’t take a lot of time, and are easy to decorate. Chances are you grew up eating many treats made in bundt pans. The first mentions of “bund” or “bunt” cakes were in Jewish-American cookbooks of the late 1800’s and early 1900’s. The bundt pan is really a lighter weight version of the traditional European kuglehopf pan. Created by David Dalquist of Nordic Ware in 1950, the cake didn’t become nationally known until 1960’s. 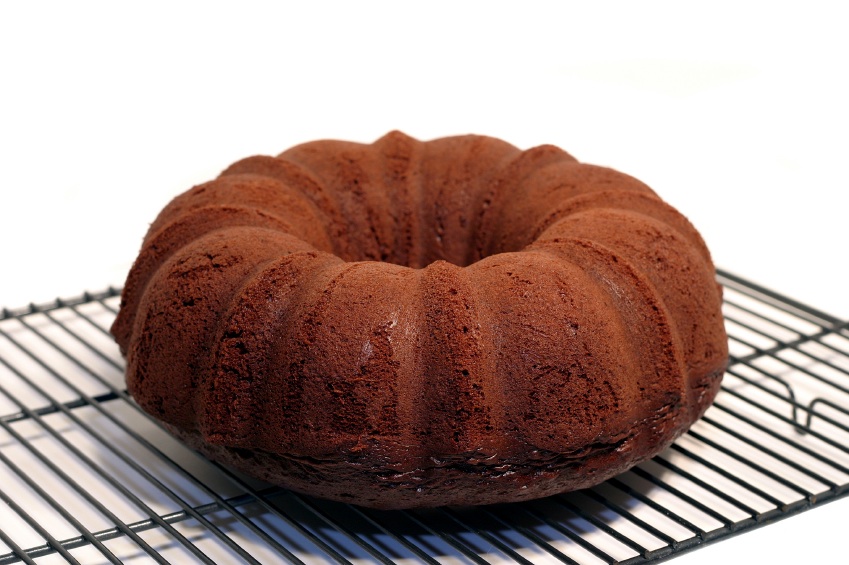 From a great website called FoodTimeline.org: “In 1950, a group of Minneapolis women … approached Nordic Products owner H. David Dalquist and asked him to make an aluminum version of the cast-iron kugelhupf pan common in Euorpe. Obligingly, he made a few for the members and a few extra for the public. Not many of these fluted tube pans sold until ten years later when the new Good Housekeeping Cookbook showed a pound cake that had been baked in one of them. Suddenly every woman wanted a pan just like it.

What really put the Bundt pan on the culinary map of America, however, was the Tunnel of Fudge Cake, which made the finals of the 1966 Pillsbury Bake-Off Contest. Bundt, by the way, is now a registered trademark…By 1972 the grand prize winner in the Pillsbury Bake-Off Contest was a Bundt Streusel Spice Cake and eleven top winners also called for a Bundt pan; that same year Pillsbury sold $25 million worth of its new Bundt cake mixes. It’s strange to think that fifty years ago there were no Bundt cakes because there were no Bundt cake pans. Today, more than forty million pans exist in America…” —American Century Cookbook: The Most Popular Recipes of the 20th Century, Jean Anderson [Clarkson Potter:New York] 1997 (p. 458)

Because of the decorative fluting, you typically serve bundt cakes turned out with just a sprinkling of powdered sugar over the top. But today’s recipe is a little over the top and calls for a ganache glaze. Additionally, you can add decorations on top of the ganache if you like; chopped toasted pecans, flaked coconut, or even sprinkles can add a touch of whimsy just right for a celebration! 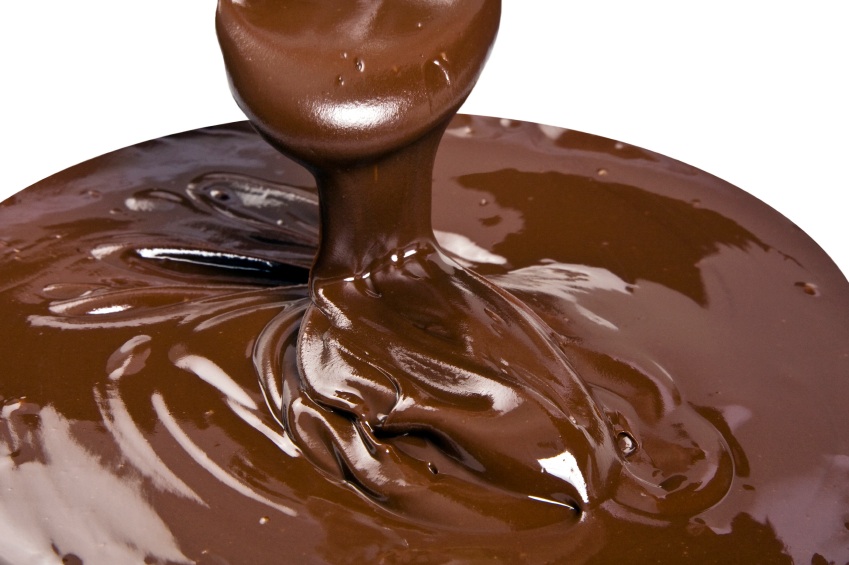 Yields 12
Many Bundt cakes are heavy and buttery, but this one is surprisingly light and incredibly moist under its silky chocolate glaze. Strong-brewed coffee in the batter intensifies the chocolate flavor while cutting the sweetness.
Write a review
Save Recipe
Print
Ingredients
Instructions
Notes
By Food & Wine recipe
The Heritage Cook ® https://theheritagecook.com/ 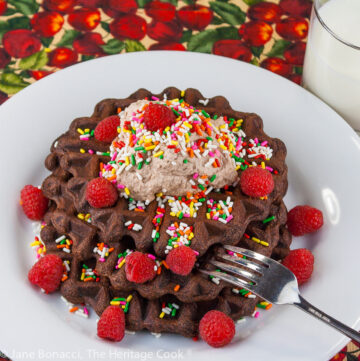 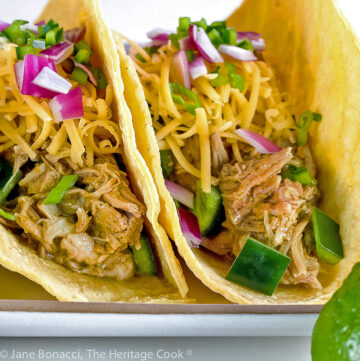 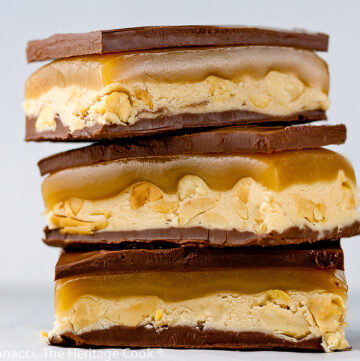 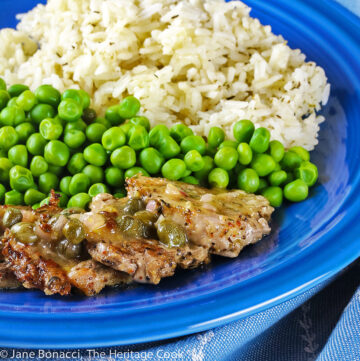