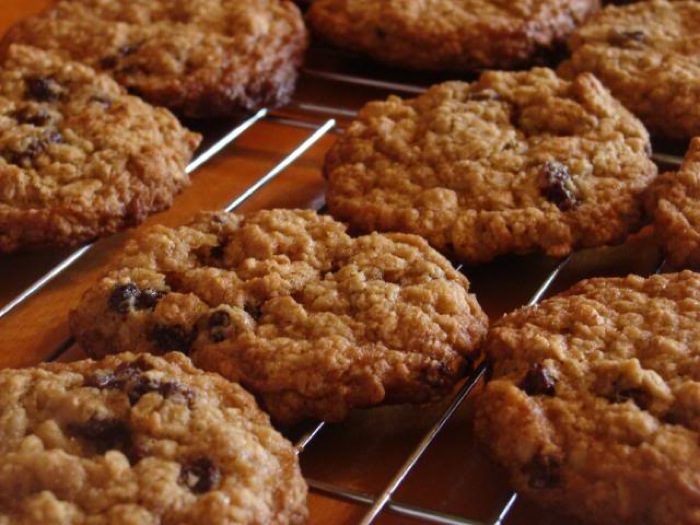 We all grew up with oatmeal cookies made from the recipe on the back of the box. And they were good! But what if we added some healthier ingredients and livened up the flavors a bit? Then we have a real winner. I love the tartness of dried cranberries, especially when paired with rich pecans. Add in some oatmeal and you’ve got breakfast in a cookie. Now this is what I call health food, LOL!

Today’s recipe for oatmeal cookies is from a member of the James Beard Foundation. Have you ever heard of James Beard? I affectionately think of him as the grandfather of today’s American cuisine … James Beard was born and spent his childhood in Portland, Oregon. His parents were both passionate about cooking with fresh ingredients so it is natural that he grew up also loving food. Though he wanted to be an actor and studied abroad for several years, he needed to supplement his income and began a catering business. Lucky for all of us, it flourished and he followed that path.

A prolific cookbook author, his first book was dedicated to cocktail food (Hors d’Oeuvres & Canapes), followed soon after by Cooking it Outdoors, the first serious book on outdoor cooking. During WWII he spent most of his time setting up canteens for sailors in Puerto Rico, Rio de Janeiro, Marseilles, and Panama, some of the greatest food centers in the world! He brought the art of French cooking to American middle class housewives, longing for something new to present to their families. 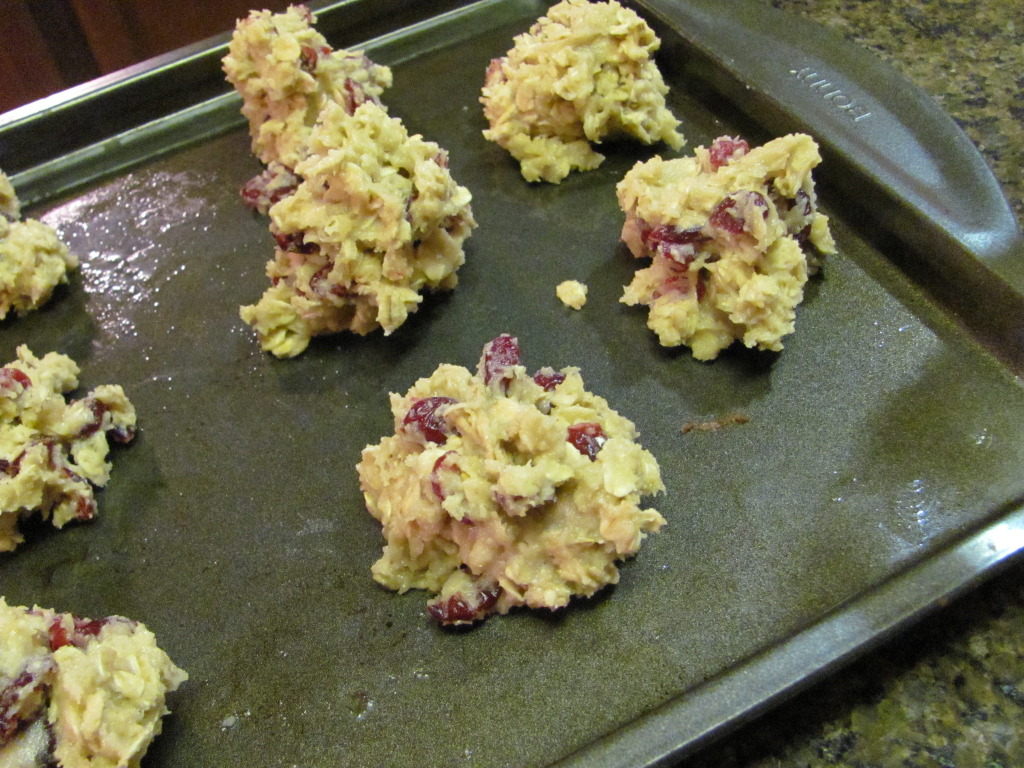 He participated in the first cooking show in this country (in 1946) as well as being featured on other radio and television shows, and over the years was continually writing magazine and newspaper articles and acting as a consultant to many restaurateurs and food producers. In 1955 he started the James Beard Cooking School in New York. He was the Pied Piper of freshly prepared dinners, utilizing healthy, local ingredients, preaching his philosophy to people at a time when everyone was extolling the virtues of canned, frozen foods and TV Dinners. He was so far ahead of his time!

His assistant at his cooking school was Marion Cunningham who went on to write the first update to the original Fannie Farmer cookbook, the first real American cookbook! While Julia Child is rightfully credited with being one of the biggest influences in American cooking, James also featured prominently and was extremely influential. He was declared “The Father of American Gastronomy” and his name remains synonymous with American Food.

The James Beard Foundation was established to provide scholarships to aspiring food professionals and to evangelize the American culinary tradition. Since 2001 the Foundation has awarded over $2 million in scholarships to those pursuing careers in the food industry, further promoting his beliefs. After Beard’s death in 1985, Julia Child came up with the idea to preserve his home in New York City and Peter Kump, a former student of Beard’s spearheaded the effort to purchase the house and create the Foundation.

In the heart of Greenwich Village, the James Beard House is a place where Foundation members, the press, and general public are encouraged to savor the creations of both established and emerging chefs from across the country and globe at regularly held Chef’s Dinners.

James Beard said, “There is absolutely no substitute for the best. Good food cannot be made of inferior ingredients masked with high flavor.” Today I bring you this simple recipe for flavorful, chewy oatmeal cookies, celebrating James’ spirit and love of food! 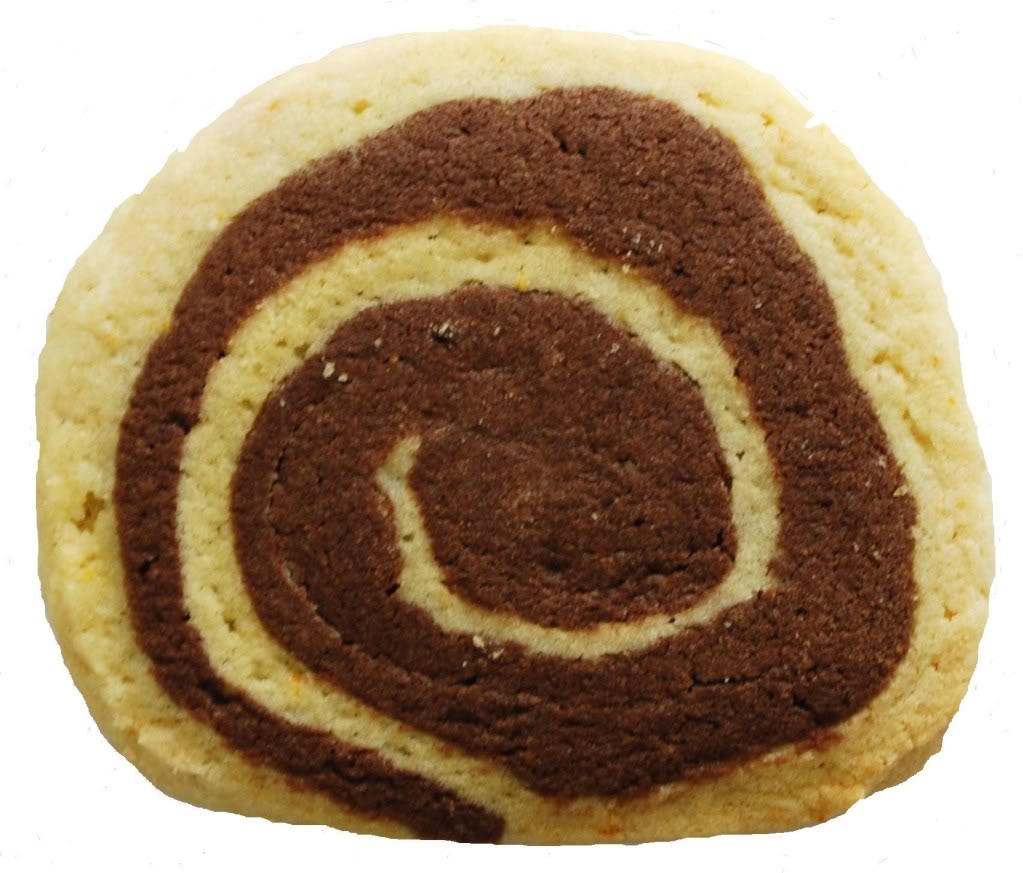 The second recipe is for Chocolate Pinwheel Cookies. Yes, I know it’s not Chocolate Monday! Consider this a bonus for the week, LOL. Labor intensive but oh so worth it, they are beautiful and really add a lot of interest to a plate of cookies. Besides, everyone loves chocolate and vanilla together! You can invert the layers and have either the chocolate or vanilla as the outer layer. I like to make some of each for variety.

I love to roll the finished logs in sparkling sugar – it is so pretty! If you have the vanilla on the outside, think about colored sugar for the holidays. If you have the chocolate on the outside, white, natural, or even edible white glitter would be great. If you want to coat it with chopped nuts, brush the log first with a beaten egg white then roll in the nuts. They need more “glue” than sugars do.

Use a very sharp knife to cut these and use a sawing motion so you don’t squish the log. You can reshape the slices if they get a little distorted. For the cleanest lines, chill the logs well before baking so they don’t melt together as much. After slicing, lay the cookies (on the baking sheet) in the refrigerator to firm up again. A trick to help logs keep their round edges is to slice a paper towel cardboard center in half and use it to hold the dough while it is resting. You could also use a French baguette pan!

This dough can be made several days ahead of time. Assemble the logs, wrap well in plastic and store in the refrigerator. For longer storage, you can freeze the logs and cut off just what you need, then return the unused portion to the freezer! A wonderful gift for family and friends is to give them frozen logs of dough, with a copy of the recipe wrapped around them. Then you can have freshly baked cookies all year long!! 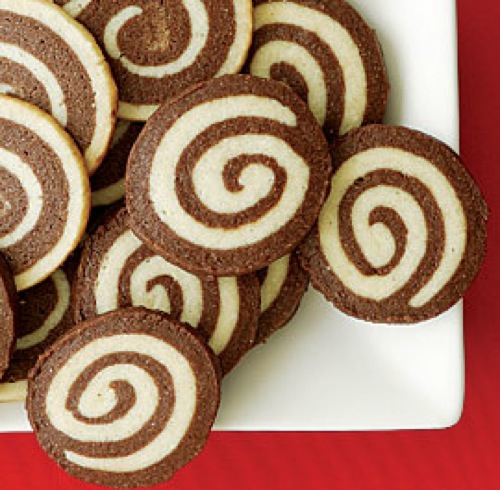 For the most accurate measuring, use a scale. If you don’t have one, that is fine, but use proper measuring technique when filling measuring cups. Fluff the flour with a fork or whisk, scoop flour into cup using a spoon, then scrape off excess flour.

When doubling recipes, beware that your equipment may not be able to handle a large batch. And seasonings (like salt) do not scale exactly. When simply doubling it is fine to also double the seasonings, but if you are going higher use slightly less the amount of seasonings.

When you are looking for dried cranberries, make sure you buy the sweetened variety. Unsweetened cranberries are tart enough to curl your toes!

A recipe with baking soda will require regular cocoa (or another acidic ingredient) – not Dutch-processed – because it needs the acid to activate it! If a specific type of ingredient is called for in a recipe, you should investigate before substituting a different ingredient!

For drop cookies, using an ice cream scoop (preferably spring-loaded with a sweep to help empty it) speeds up the process of portioning out dough!

Why: To remove any lumps, aerate the flour, and thoroughly integrate dry ingredients

How: Many of us were born using a sifter – a contraption with a handle you turn to move dry ingredients through a wire mesh strainer. These days with improved ingredients, this isn’t as necessary as it once was. But it is still important, so when called to do so, you can use a wire mesh strainer the same way. I have a set of 3 sizes of wire baskets that I use. They are wonderful and would be a great holiday gift! Yields 120
Write a review
Save Recipe
Print
Ingredients
Instructions
Notes
By Carole Walter for Fine Cooking
The Heritage Cook ® https://theheritagecook.com/
Other Heritage Cook recipes that you might also enjoy:

Chocolate Cookies (can be used with ice cream sandwiches)

Unauthorized use, distribution, and/or duplication of proprietary material without prior approval is prohibited. I can be contacted via email at: heritagecook (at) comcast (dot) net. Feel free to quote me, just give credit where credit is due, link to the recipe, and please send people to my website, www.theheritagecook.com. 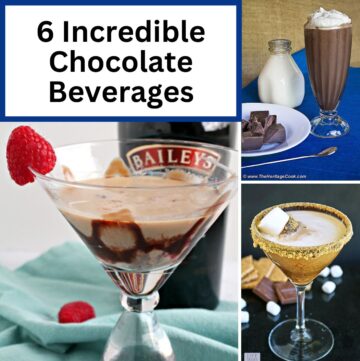 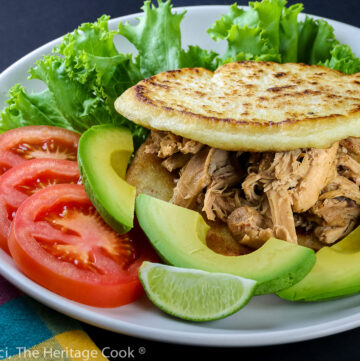