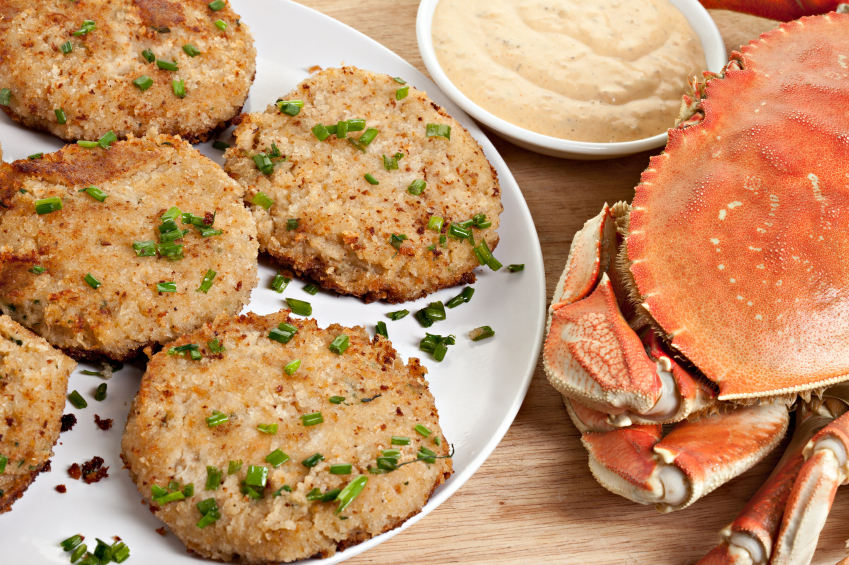 New Orleans is a delightful city rich with culture, history, and incredible food. One visit and you will know why it is one of the most coveted vacation destinations in the country. When you walk down the streets in the French Quarter you are struck by the beauty. I fell in love with all the wrought iron work, bright colors, quaint architecture, and ornate balconies. Situated at the mouth of the Mississippi River where it meets the Gulf of Mexico, the Big Easy is made for revelry, and of course there is no greater party than Mardi Gras. Sitting on the waterfront, watching an old paddle wheeler navigating the river, you can almost hear the strains of “Show Boat” on the wind. New Orleans weaves its spell, leaving you yearning to return.

Though we often use the terms Cajun and Creole interchangeably, they are different. Both a heritage and a cuisine, Cajuns are descended from the 300 French settlers who landed in “Acadia” (the area of Canada now known as Nova Scotia, New Brunswick and Prince Edward Island) in 1632. In 1755, after Acadia became an English colony, the French were driven out and some traveled to the French colony of Louisiana. The word Cajun is a derivation of Acadian. Louisiana Cajuns are a mixture of those original French settlers with Spaniards, Germans, French Creoles, Anglo-Americans and Native American Indians of the area.

Creoles were originally descendants of early French and Spanish settlers in the New World. The term applies to anything native to the colonies and comes from the Spanish “criollo” which means “a child born in the colony.” Initially it defined natives of the West Indies, Central and South America, and the Gulf States region, but eventually became synonymous with the people of Louisiana.

In terms of cooking styles, Creole is based on French traditions with influences from Spain, Germany, Africa, Italy, the Caribbean, etc. The food tends to be slightly more refined with subtle flavors. Cajun cuisine is considered rural peasant food with stronger, spicier ingredients. It came about as Acadians adapted to the challenges of their new living conditions in the swamps of Louisiana. The two cuisines are more alike than different. The differences seem to be more a matter of subtleness than substance, as both cuisines use basically the same ingredients. Generally speaking, a Creole chef has a lighter hand with seasonings than a Cajun chef. 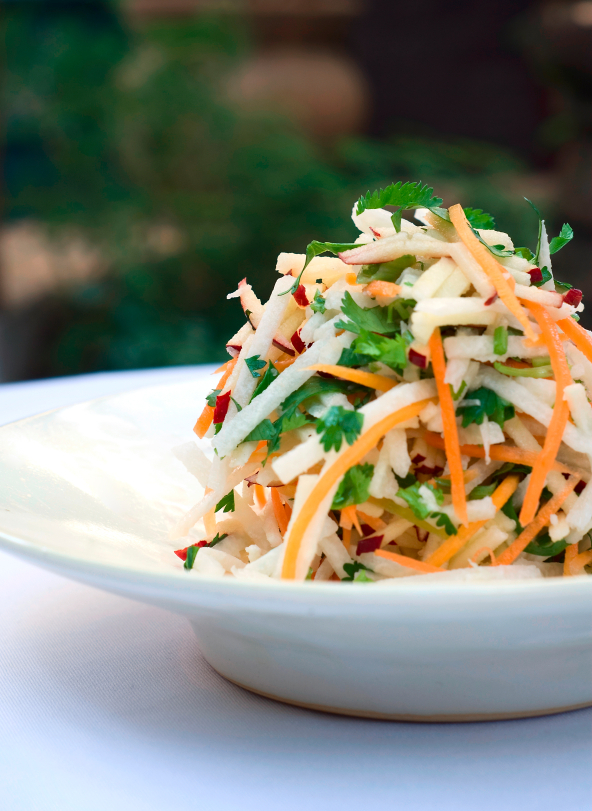 The Gulf of Mexico gives us some of this country’s greatest seafood, prized by chefs nationwide. Naturally many of the dishes most often associated with the Gulf region contain seafood. Today’s offering is no exception. Ubiquitous crab cakes, found on nearly every restaurant menu in the country, regardless of how far they are from the ocean, vary from decent to barely mediocre. Why they are so hard to make well is a mystery, but is most likely due to the preponderance of fillers used by many chefs. Truly great crab cakes are, not surprisingly, mostly crab with balanced seasonings and just enough binders to hold them together.

There are four major grades of crabmeat sold in stores, and the prices reflect the relative value. Jumbo lump is comprised of the largest pieces of meat, taken from the back legs, and is the highest quality. Because of the size it is difficult to use for crab cakes. Lump or Backfin is fairly good-sized chunks of meat, smaller than jumbo and often combined with jumbo in packaging. Be careful when buying containers of crab because some unscrupulous vendors will carefully place a few jumbo pieces at the top where they are visible through the lid, but fill the bottom with lesser quality crab. “Special” crabmeat is usually from the smallest chambers in the body of the crab, is hard to extract, and most likely to have fragments of shell in it. Pick through this carefully before using. And finally there is Claw meat. This is the dark meat of the crab because it gets the most use. Some people think it is sweeter and like to add it to crab cakes to improve the flavor. While there may be merit to this thought process, the texture is inferior and may not be worth the flavor boost.

Breadcrumbs, bread pieces, and ground crackers are the most common fillers used. Each has their advantages. Dried breadcrumbs produce an even, firm, somewhat drier texture. Panko, Japanese breadcrumbs, yields a lighter, “cakier” texture. Freshly made breadcrumbs turn out a looser, dense, slightly gummy cake. Bread chunks, especially when soaked first in milk, make a tender, moist crab cake. While some shun fillers, they are required to hold the other ingredients together and are an effective way to control the cost of the crab cakes.

I like to serve my crab cakes with a bright vegetable slaw. Have you ever tried Jicama (hick-a-mah)? It is a crisp, slightly sweet, edible root vegetable that looks somewhat like a turnip. Unsightly at best, often called ugly, it is nonetheless a marvelous addition to many dishes. Very popular in Mexican cuisine, it is popular in salads, salsas, and crudite platters. I also like it in slaw and have included a recipe for it here. I think it gives a great crunchy counterpoint to the smoothness of the crab cakes and the dressing is a nice piquant contrast.

A few tips and hints, high quality ingredients, extremely fresh crab, and delicate handling will produce the best crab cakes you’ve ever had. It may take a little practice to get the ratios right, but once you have it down, these will be a star attraction on your dinner table! 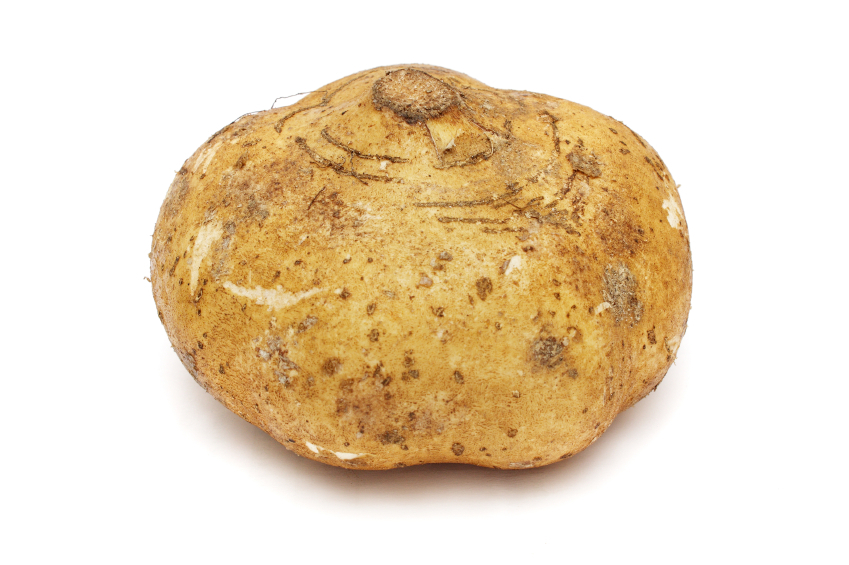 Once you have formed the crab cakes, make sure you refrigerate them. This helps them firm up and keeps them together during cooking. If you have ever had crab cakes fall apart when you cook them, it is probably because you skipped this little known but crucial step.

Jicama can be intimidating to work with, but not if you have a few tricks up your sleeve. The first thing you need is a large, heavy, very sharp knife which will make easy work of the jicama. Without it, you will probably struggle. Cut a small slice off one side so you have a flat surface to stabilize it while cutting. Set it flat on the cutting surface, and working from the top, slice away the peel, working downward following the contours of the ball.

When it is peeled, instead of cutting it in half (which may be challenging without a very large knife), cut about 1/4 off one side. Lay it on the newly cut side and cut another 1/4 piece off. You should now be able to turn it 90 degrees and easily cut it in half, and then into matchsticks.

If you don’t have a large knife, you can always as your produce guy to cut it in half for you which will make it easy to peel with either a sharp knife or vegetable peeler and then cut yourself into small pieces. Yields 8
Write a review
Save Recipe
Print
Ingredients
Instructions
By epicurious.com
The Heritage Cook ® https://theheritagecook.com/
Unauthorized use, distribution, and/or duplication of proprietary material without prior approval is prohibited. I can be contacted via email at: heritagecook (at) comcast (dot) net. Feel free to quote me, just give credit where credit is due, link to the recipe, and please send people to my website, www.theheritagecook.com. 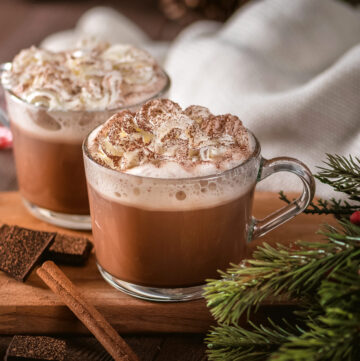 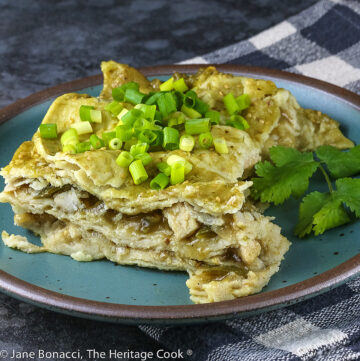 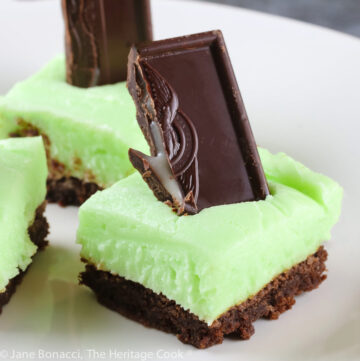 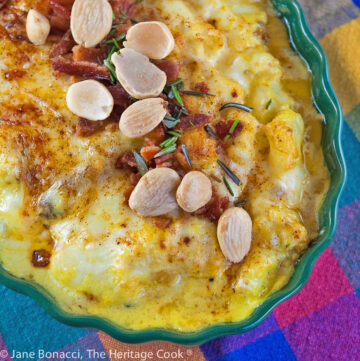