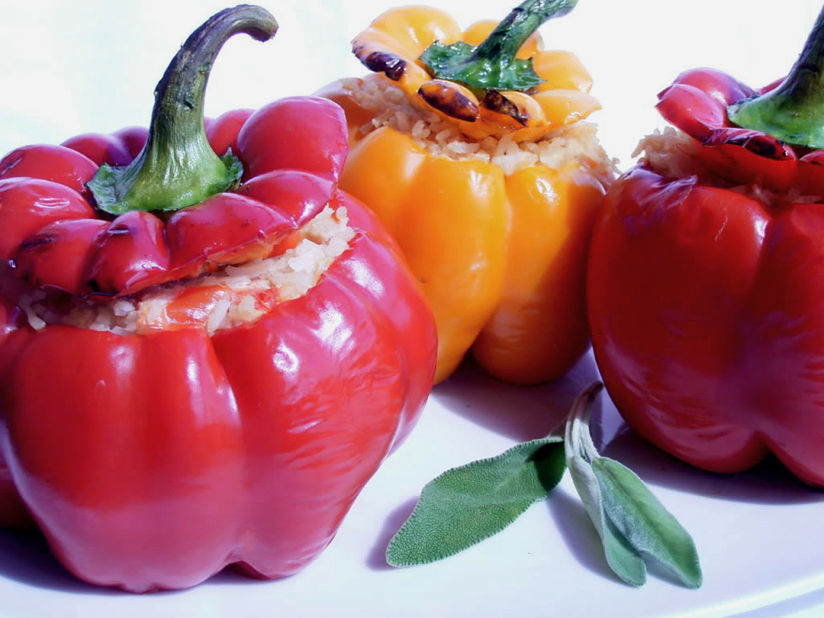 Stuffed peppers are a whole meal in a neat package. The traditional American stuffing is a mixture of sauteed ground beef and vegetables. Inexpensive and filling, they are perfect for nights when you need to save a little money. Sometimes I like to make these vegetarian with a rice or grain filling which is even less expensive. This could be boring, but not if you use this Moroccan spice blend! 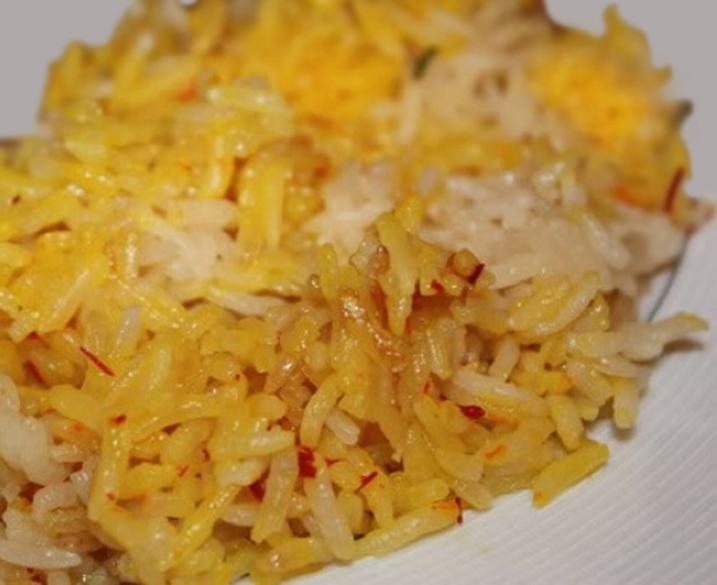 Morocco is located on the Northwestern area of the African continent and the first inhabitants were nomadic people called Berbers. Moroccan cuisine is extremely diverse due to interactions with other cultures and conquering nations over many centuries. But the most influential invaders were the Arabs in the seventh century A.D.

The Arabs introduced spices such as cinnamon, cumin, saffron, ginger, and turmeric to Morocco. With the rise of the Roman Empire, these spices were introduced to Europe and worked their way through the countryside, migrating all the way up to England and beyond. And of course, we got them from England. There has been a resurgence in the popularity of African cuisines recently, and I am fully on that bandwagon!

Bell peppers come in an array of colors: yellow, orange, red, and less commonly, purple or white. Green bell peppers, which are much harsher flavored than the others, are actually still unripe! While part of the capsicum family, it is the only pepper that doesn’t produce capsaicin, the source of heat. Red bell peppers have twice the Vitamin C and 9-times the antioxidant carotene as a green bell pepper. Sweeter and healthier for us, you don’t have to tell me twice to buy red ones! 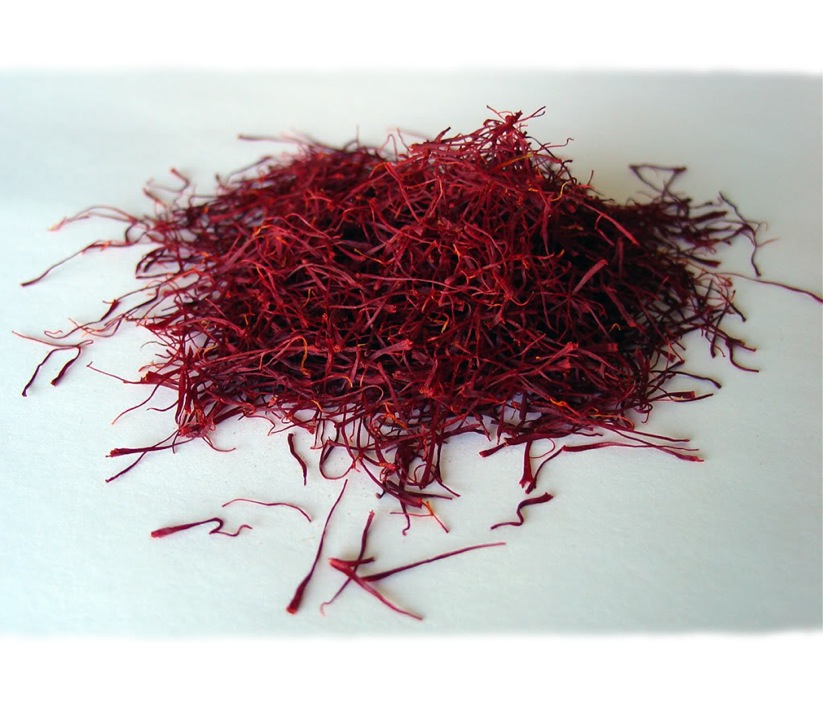 One of the tricks to perfectly cooked stuffed bell peppers is to partially cook them first, which slightly softens the peppers. In traditional stuffed peppers you either have undercooked peppers or overcooked filling. When you partially cook the peppers ahead of time, once they are stuffed you only need to cook them until the filling is either cooked or heated through.

This Moroccan Rice can also be served as a standalone side or vegetarian dish. It is especially good with grilled or highly seasoned foods which stand up to its bold flavors. I can eat it by the bowlful and never get tired of it.

I hope you give this vegetarian meal a try. It is so flavorful that your family won’t even miss the meat! If you want to add some protein, add a drained and rinsed can of beans. 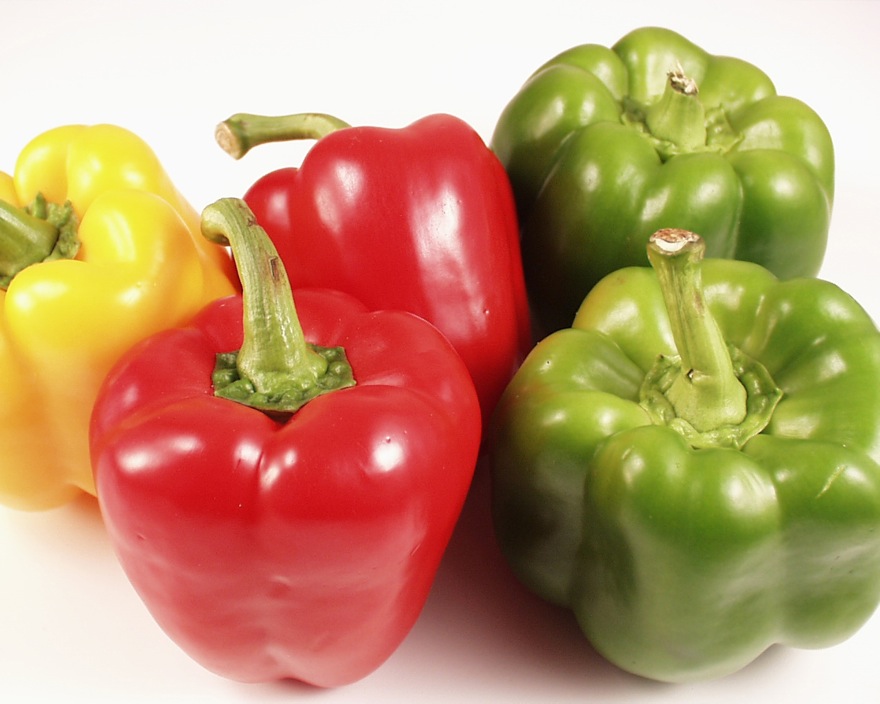 Peppers come in a variety of shapes, sizes and colors

If you prefer, you can also use a mild chile pepper for stuffing as well. Anaheim or Poblano chiles are both good choices. Because these are long peppers, halve lengthwise, remove stems, seeds, and membranes. Stuff with rice pilaf, sprinkled with cheese if desired, lay flat in baking dish, and bake as directed below. There is no need to pre-bake these because they are much thinner than bell peppers.

Bring lightly salted water to a boil. Carefully drop vegetables into boiling water and cook between a few seconds (for delicate or small pieces) to several minutes for denser products. Once done transfer to a bowl of ice water to stop the cooking process, locking in the bright color and fresh flavors. These can then be eaten as is or used later in other preparations. Most frozen foods have been parboiled prior to freezing, allowing for very quick cooking.

Moroccan-Style Rice Stuffed Bell Peppers
2015-07-10 19:33:05
Write a review
Save Recipe
Print
Ingredients
Instructions
By © 2011 Jane Bonacci, The Heritage Cook. All rights reserved.
The Heritage Cook ® https://theheritagecook.com/
Unauthorized use, distribution, and/or duplication of proprietary material without prior approval is prohibited. If you have any questions or would like permission, I can be contacted via email at: heritagecook (at) comcast (dot) net. Feel free to quote me, just give credit where credit is due, link to the recipe, and please send people to my website, www.theheritagecook.com. 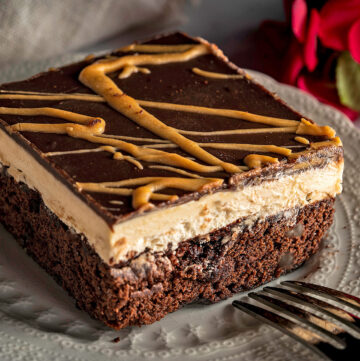 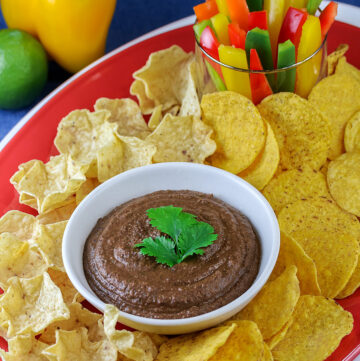 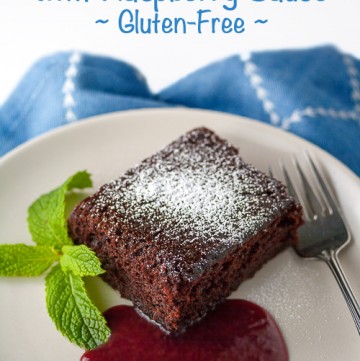